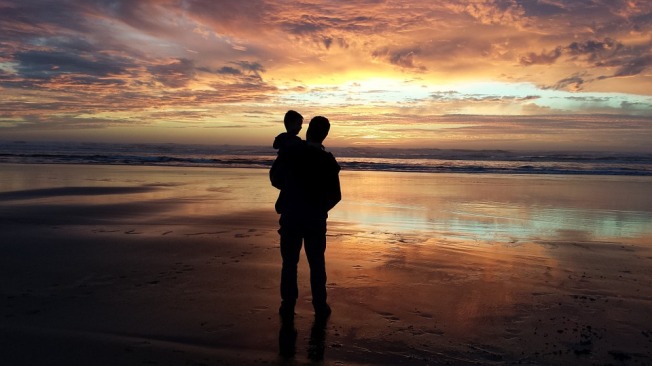 Not long ago I read an article lamenting the lack of respect frequently experienced by fathers, especially those who have primary responsibility for raising their children. The author had received emails from stay-at-home dads, single dads, widowed dads, step dads, grand dads, divorced dads, separated dads, and dudes who can’t wait to be dads. Regrettably, I don’t recall the author’s name but following are some of the notes I captured from what she wrote.

The author suggested that if we could simply shift the way we talk about fathers, the effect could be world changing. What would happen if more parenting publications started writing for fathers with realistic information and encouragement that accurately reflects the era in which we live?

What would happen if more hospitals changed the content of their prenatal and postnatal classes to recognize that childbirth is something that happens to men as well as women?

Imagine what would happen to the mostly unseen and undiscussed yet staggering rates of male postnatal depression if we talked widely about the issue and more men felt socially supported to say “Hey, I’m having a tough time! I need some help!”

What if more maternity wards referred new fathers to a local dad’s group? What if more workplaces took the topic of dads to the boardroom, talked about it, and realized the economy probably wouldn’t implode if fathers were given additional paid time off when a child is born?

Do working fathers have an equal right, as do working mothers, to be at home, to bond with their new baby and wrap their heads and hearts around their new world? Does a newborn need more time to learn not only from mother but also from father’s face, voice, smell and heartbeat?

Fathers, either raising a child alone or sharing that responsibility with the child’s mother, play a huge role in the development of that child. Greater emphasis on that very important part of child rearing would produce more children for whom Father’s Day is more than just a national holiday.

My father has been in heaven for over 33 years. He was a very important part of my life. Martin wasn’t perfect, yet he loved his children. We knew his love, which together with the love of our dear 100 year-old mother Elda, established a foundation for my life and for that of my three sisters.

This Father’s Day, whether or not you are a father, remember that you have one. He may or may not still be living here on earth. He is or was most likely no more perfect than my father. Nevertheless, take this Father’s Day to give thanks to God for the life he and your mother gave you.

These words are well spoken: “Listen to your father who gave you life and do not despise your mother when she is old…Let your father and mother be glad.” Prov. 23:22, 25

As most are aware, last Sunday was Father’s Day. In our home, that calls for a celebration including a very nice home cooked meal. Usually I cook the meat on the grill outside and Terry does everything else inside. All family members who can come fill our dining room table.

Much of the time we laugh a lot. We also talk about subjects of current interest. Sometimes I’ll ask folks at the table to relate any memories about their father (in the case of our kids that’s me) they feel like sharing. Those stories are sometimes funny, sometimes sad and sometimes serious.

Often I’ll talk about my father, Martin Herbert Otto Kieschnick, recalling quotes and pithy sayings for which he was fairly famous. A few examples:

While not every person has fond memories of his or her father, mine are almost all very positive. My dear 99-year-old mother, Elda Mary Sofa Hellman Kieschnick, would agree that her husband was not without original sin. She would also agree that the good in the man she married far outweighed the very little bad. My three sisters and all four of our spouses would concur.

So every day, not just Father’s Day, I thank God for my father, the man I called “Dad.” His influence has made a difference in my life, the full extent of which I may never know. I pray the same is true of the influence of my life on our children, grandchildren and, someday, great grandchildren. All of them, including my dear wife Terry, are precious gifts of God in my life!