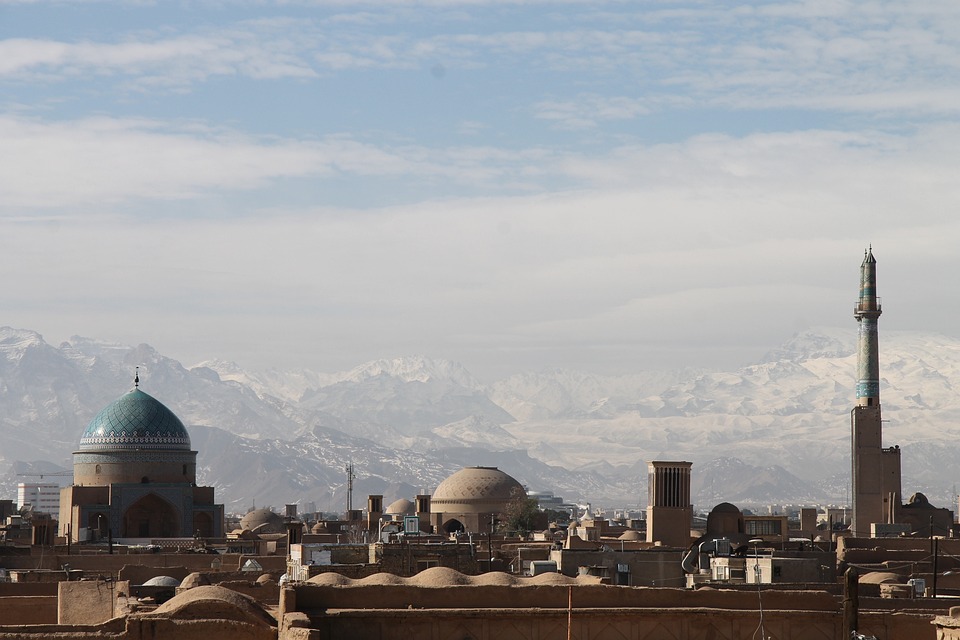 The news of United States President Donald Trump’s authorization of the killing of Iranian Gen. Qassem Soleimani has been a topic of interest since that killing took place. Reports indicate that such authorization was issued seven months ago. The event actually occurred via drone strike in Baghdad on January 3.

Some say this was a dastardly deed that should never have happened. Others say it was an act of war that should not have been initiated without congressional approval.

Still others point to the violent record of a man directly or indirectly implicated in the death of hundreds of Americans. He was also actively involved in widespread death and destruction and called “an architect of bloodshed and chaos in Iraq, Syria, and Israel.” (https://lucas.house.gov/press-release/lucas-statement-death-qasem-solimani)

The New Year’s Eve attack on the U.S. Embassy compound in Baghdad was seen by some as a catalyzing event, resurrecting images and recollections of what happened during the 2012 Ansar al-Sharia attack on United States government facilities in Benghazi, Libya.

What’s intriguing to me is to learn that Iranian protests following January 3 have largely been staged by Iranian citizens who are relieved and thankful that Soleimani, responsible for the deaths of many of his own countrymen, is gone. Reports I’ve read indicate strong support of Iranian protestors for democracy and freedom.

If these reports are true, and I pray they are, thanks be to God for this positive development.

I’m reminded of words from Scripture I shared in person with then President George W. Bush on September 20, 2001, a little more than one week following the terrorist attacks of 9/11:

“The one in authority is God’s servant for your good. But if you do wrong, be afraid, for rulers do not bear the sword for no reason. They are God’s servants, agents of wrath to bring punishment on the wrongdoer.” Rom. 13:4

Political interaction involving military confrontation with hostile and evil international leaders is not easily accomplished. Decisions are made by leaders charged with responsibility for the safety of American citizens. I don’t agree with every decision our leaders have made in the past or will make in the future. You most likely feel the same way.

That’s why it’s so important to hold our leaders in fervent prayer for informed wisdom, restraint when necessary, and courageous action when required. Lord, have mercy!

Donald John Trump is the 45th President of the United States of America. As is true of most leaders, he is loved by some and hated by others. Frankly, there are times when my respect for the office enables me to live with some of his most unattractive personal and political attributes.

For example, I dislike the use of derogatory rhetoric to criticize opponents. Is it really necessary to use terms like “Crooked Hillary” (Clinton) or “Lyin’ Ted” (Cruz) or “Crazy Joe” (Biden)? Others like “Pocahontas” (Elizabeth Warren) or “Little Marco” (Rubio) or “Little Rocket Man” (Kim Jong Un) or “Low Energy Jeb” (Bush) are perhaps not quite as egregious. But necessary? Or helpful?

There are also certain narcissistic characteristics manifested in President Trump’s verbal and non-verbal actions that are unbecoming a man who occupies the highest office in the land. Narcissism is “the pursuit of gratification from vanity or egotistic admiration of one’s idealized self-image and attributes.” The term originated from Greek mythology, where the young Narcissus fell in love with his own image reflected in a pool of water. It describes someone who thinks of himself more highly than he ought. Egotistical is another descriptive term.

Other points of disagreement and dislike could be added, but these are sufficient for now.

On the other side of the coin, there have been many positive accomplishments during President Trump’s first two years in office. Surf the Internet and you’ll find long lists of such achievements. One such list identifies 289 accomplishments in 18 categories, including economic growth, jobs, business expansion, deregulation, tax cuts, health care, law and order, border security, international trade, energy, foreign policy, defense, veterans’ affairs, etc. Those achievements are obviously arguable.

In Tuesday night’s State of the Union address President Trump addressed a litany of issues, both foreign and domestic. For me and for many, one of the highlights of the one hour, 21 minute speech, interrupted by a reported tally of 102 standing ovations (mostly Republicans), was his emphasis on the sanctity of life. Here are his most pertinent and powerful statements on that topic:

Whether you’re one who loves President Trump or has the opposite feeling, I hope you join me in thankfulness for the positive statements he made about life to a national and global audience.

Tomorrow, January 20, is Inauguration Day in America. Donald John Trump will be sworn in as the 45th President of the United States of America. However, some may question that number.

Actually, Grover Cleveland is counted as both the 22nd and 24th President. He was elected, then lost, then won again four years later. The factual way to count U.S. Presidents is to say Donald Trump will be the 45th President but only the 44th person ever to take the oath of office.

Nearly one million people are estimated to be in Washington D.C. to witness the event in person. Tens of millions will view the ceremony across the country and around the world.

Interestingly, crowd size estimators use aerial images from satellites, helicopters and balloons, plus basic math. Three pieces of information are needed: the total area of the space, the proportion of the area that is occupied, and the density of the crowd. But I digress.

More important than the number of people who witness the inauguration, whether in person or via electronic media, is the meaning of the event. In many countries around the world, leadership transitions are less than peaceful. Historically, nations of the world have experienced change in leadership following a decisive battle, a horrific insurrection, or a regal beheading.

Not so in America. Notwithstanding protests from individuals and groups regarding the legitimacy of this presidential election, the fact remains that tomorrow we will witness the non-universal phenomenon of a mostly peaceful transition of presidential power.

Of course we’ve been told to expect demonstrators. That’s nothing new. We’ve also seen news reports predicting thousands of motorcyclists known as “Bikers for Trump” who are expected to provide unofficial security at the event. That’s not quite as common.

Tomorrow will come. Tomorrow will go. Your life and mine might not be discernibly different, at least for now. But like it or not, change will occur. Some change will be good, some not. It’s not a simple task to lead what is arguably the most powerful country in the world.

Regardless of whether our new president views prayer the way most Christians do, the best suggestion I can offer today is that we hold our new leader and our country in our prayers. Here’s one suggestion from Lutheran Service Book’s Prayer for Responsible Citizenship:

“Lord, keep this nation under your care. Bless the leaders of our land that we may be a people at peace among ourselves and a blessing to the other nations of the earth. Grant that we may choose trustworthy leaders, contribute to wise decisions for the general welfare, and serve you faithfully in our generation; through Jesus Christ, our Lord. Amen.”

Only 18 days remain between now and Election Day. On one hand I’ll be glad when that day has come and gone. On the other hand, I’m very concerned about hearing the news to which America will awaken on November 9. Frankly, like many Americans, neither candidate rings my chimes.

For months we’ve been hearing and seeing ads, debates, and interviews espousing the minimal virtues of each candidate and eschewing the multiple vices of both. Name calling, half-truths, and allegations have filled the airwaves. No matter who wins, we won’t have a perfect president.

That in itself is nothing new. We never have had a perfect president. Yet in this year’s process of nominations and campaigns, seemingly unprecedented negative personal attributes and questionable values have emerged regarding each candidate. What are we to believe?

Hillary Clinton has been described as a deceitful, manipulative, self-serving, mean spirited, callous, angry, forgetful, dishonest, power hungry woman with no true love of country and no genuine desire to honor and preserve the basic religious values on which America was founded.

Our country is at a critical crossroads politically, economically, morally, socially, and spiritually. Frankly, at face value, the descriptions in the paragraph above of the two candidates vying for the highest office in the land don’t offer much hope for America’s future. Yet, barring an act of God, it appears that one of them will become the 45th president of the United States of America.

Do we, therefore, simply wring our hands in despair? Do we stay home from the polls? Do we, as some suggest, hold our nose and vote for the one we think might be the lesser of two evils?

While I have no rocket science solutions, the suggestions I humbly offer are these: