Sometimes events creep up on us. Such is the case with my article a couple weeks ago. After it was already posted, I realized that it went out a few days before Father’s Day. Duh. I missed it.

But I can’t let this important day go by without a few words about fathers. Today is the day before my father’s 103rd birthday. I believe this is an appropriate time for this topic.

A teacher asked her students to write a story about “My Father.” One eight-year-old wrote:

“My father is great. He can swim big wide rivers and climb very high mountains. He can fight tigers and jungle animals and can even beat monsters. He can wrestle alligators and jump very high. But most of the time he just takes out the garbage.”

On a more serious note, here’s a poem about a father:

To get his goodnight kiss he stood beside my chair one night
And raised an eager face to me, a face with love alight.

And as I gathered in my arms the son God gave to me,
I thanked the lad for being good, and hoped he’d always be.

His little arms crept ‘round my neck and then I heard him say
Four simple words I can’t forget – four words that made me pray.

They turned a mirror on my soul, on secrets no one knew.
They startled me, I hear them yet; he said, “I’ll be like you.”

Charlie Shedd (1915-2004), Presbyterian pastor and author, quotes a famous psychiatrist as saying: “No little child will think more of God than he thinks of his father.” A youngster apparently cannot contrast. He can only compare.

Shedd imagines a child thinking, “God is like my father. I’m not so sure my father really cares much about me. He’s always playing golf, watching television, reading the newspaper. Besides, he isn’t very nice to my mother. He’s not even fair. I don’t think I’d like God.”

Shedd suggests a good short speech for a father to give to his children: “Listen to me, troops. When I’m the kind of father I should be, that’s what God is like! Where I am not so hot, I hope you’ll learn the all-important process of contrast.”

“Wherever the Bible says that God is like a father, you can understand it means that God is like a perfect father. You know I’m not perfect. But I’m going to keep on trying. And I want you to know that I know I’ve got a long way to go.” – Christianity Today

This weekend marks the process of election of the president of The Lutheran Church—Missouri Synod. In recent months two electors from each of our 6,000 or so congregations had the opportunity to register for certification to cast a ballot in this election. The actual number of folks who registered is apparently known only by the secretary of our church body.

Through a password protected electronic process, officially registered electors have a window of time during which to cast their ballot for one of three nominees. If one nominee receives a majority vote on the first ballot, that candidate is declared elected.

If no nominee receives a majority on the first ballot, the recipient with the lowest vote total is removed from the second ballot, which contains the names of the two highest vote recipients. A second election takes place by the same password protected process as the first ballot.

Information, observations, opinions, and recommendations from a number of publications and groups have circulated the past several months. Here’s a brief general summary:

If you are an elector, duly registered to cast a ballot this weekend, my strong encouragement is that you spend time in serious, careful, and prayerful evaluation of the candidates on the basis of the matters listed above. To assist in that process, here are some resources:

Biographical Summaries of the Nominees: https://files.lcms.org/wl/?id=tQnq0OpQIlv8u7YCDyJrmsvpwRl3IYL2

A Special Q&A with each nominee:  https://blogs.lcms.org/2019/lcms-presidential-election-candidate-question-answer/

Whether or not you are an elector, I encourage you to support this process with your prayers, asking the Lord for his blessing upon the election, these three candidates, and the future of The Lutheran Church—Missouri Synod. 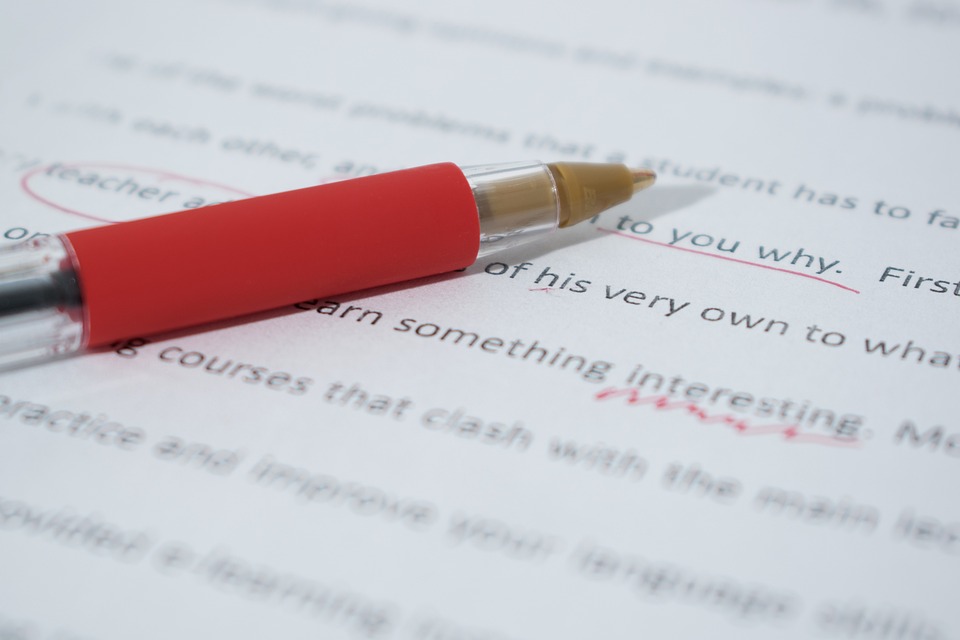 Perspectives will be a bit lighter than usual this week and next week. It’s summer time. And I’m about to finish the 10th year of writing these articles every single week … 520 articles in a row. So don’t expect anything particularly profound, whether theologically or politically.

Proofreading appears to be a dying art. Here are a few examples of signs that need some help:

Thanks for sticking with me, dear friends in Christ. God bless your day! 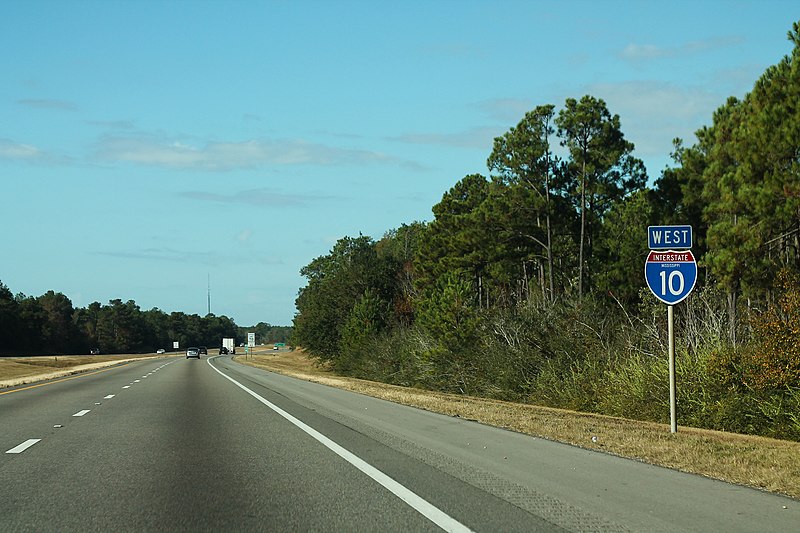 In Texas, I-10 runs east from Anthony, a small town near the New Mexico border, through El Paso, San Antonio, and Houston, all the way to the border with Louisiana in Orange, Tex.

At just under 880 miles, the Texas segment of I-10, maintained by the Texas Department of Transportation, is the longest continuous non-tolled freeway in North America that is operated by a single authority. In recent years toll lanes have been added on portions of the highway west of Houston, yet it is still possible to travel the entire length of I-10 with no toll.

I-10 is also the longest stretch of highway with a single designation within a single state. Mile marker 880 and its corresponding exit number in Orange, Texas, are the highest numbered mile marker and exit on any freeway in North America.

After widening was completed in 2008, a portion of the highway west of Houston is now also believed to be the widest in the world, at 26 lanes. There is a wider section in China on the G4 Beijing–Hong Kong–Macau Expressway, but that section is a toll plaza approach.

More than one-third of I-10’s entire length is located in Texas alone. El Paso, near the Texas–New Mexico state line, is 785 miles from the western terminus of I-10 in Santa Monica, California. That makes El Paso closer to Los Angeles than it is to Orange, Tex., 857 miles away at the Texas–Louisiana state line. Likewise, Orange is only 789 miles from the eastern terminus of I-10 in Jacksonville, Florida.

That’s a lot of concrete!

Travel on the Interstate Highway system, notwithstanding the frequent bottlenecks and pileups those of us who live in major cities along that system regularly experience, allows those who drive it to travel long distances in relatively short periods of time.

Compare that reality with the time and effort it took biblical characters like Abraham to travel from his point of origination, Ur of the Chaldees (present day Iraq), to God’s chosen destination of Shechem in Canaan, known today as the Holy Land. Only several hundred miles as the crow flies but more than 1,000 miles along the route taken to avoid the Sahara Desert. Not much concrete on that journey. Only lots of faith in the God who was leading him.

A man went to church. He forgot to switch off his phone, which rang loudly during the prayer.

After church was over, the pastor scolded him for not turning off his phone before coming into church. A number of worshipers admonished him after the prayer for interrupting the silence.

In addition, the man’s wife kept lecturing him all the way home about his thoughtlessness and insensitivity. He felt ashamed, embarrassed, and humiliated.

After that incident, he never again returned to the church.

That same evening, the same man went to a bar. He was still upset, nervous, and trembling. He accidentally spilled his drink on the table and on his lap.

Although the spill wasn’t his fault, he waiter apologized, brought a clean napkin for the man to dry his pants, and politely wiped the spilled drink from the table.

The janitor came and mopped up the liquid that had spilled on the floor.

The lady who managed the bar offered him a replacement drink … at no charge.

The manager also gave the man a huge hug and a peck on the cheek, while saying, “Don’t worry, sir. Who doesn’t make mistakes?”

And guess what? That man has not stopped going to that bar since his experience that night.

The moral of this story is obvious. Whether you’re manager of a bar or pastor of a church, people need and deserve to be treated with kindness and respect.

Demonstrating care and concern for people in, of all places, the church, goes a long way toward encouraging people to return to receive what really counts–proclamation of God’s forgiving love in Jesus Christ our Lord.