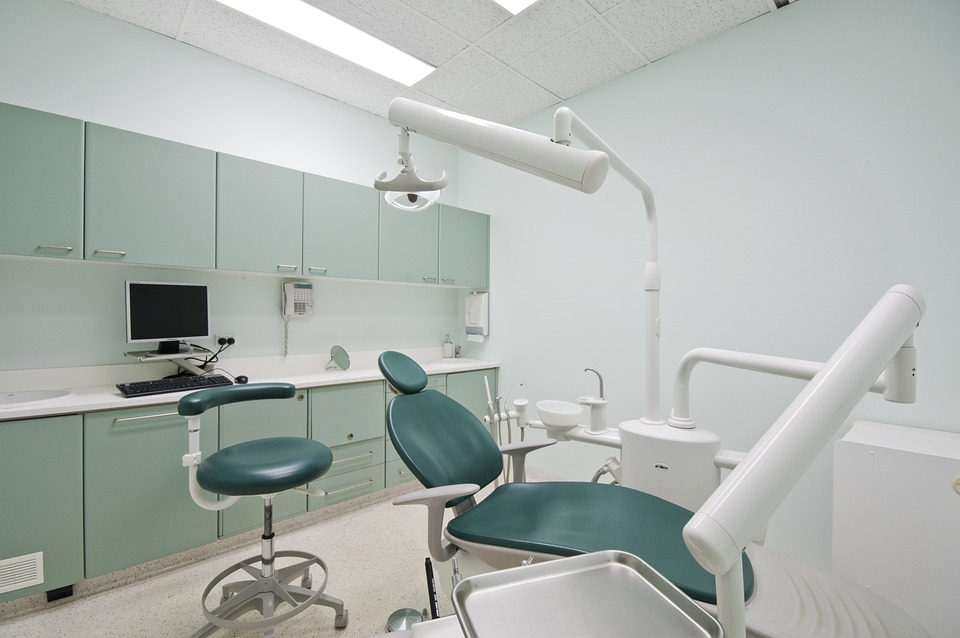 If you’ve ever looked at others your own age and thought, “Surely I can’t look that old!” you’ll be able to relate to this story:

My name is Alice. I was sitting in the waiting room for my first appointment with a new dentist.   On the wall I noticed his DDS diploma, which bore his full name.

Suddenly I remembered a tall, handsome, dark-haired boy with the same name who had been in my high school class some 50 years ago. Could he be the guy I had a secret crush on back then?

Upon seeing him, however, I quickly discarded any such thought. This balding, gray-haired man with the deeply lined face was way too old to have been my classmate.

After he examined my teeth, I asked him if he had attended Morgan Park High School. “Yes, I did. I’m a Mustang,” he gleamed with pride.”

He looked at me closely. Then, that ugly, old, bald, wrinkled faced, fat, gray-haired, decrepit,  so-and-so asked, “What class were you teaching back then?”

If you’re feeling your age, and even if you’re not, now’s the time to take care of writing your Last Will and Testament, if you don’t already have one. And if you do have a Will, it may be time to take a look at it and see if it needs to be updated.

Estate planning Myth #2: “Our estate plan was completed several years ago. We should be OK.”

The fact is that changes in your age, family situation, beneficiaries, and favorite charitable causes, not to mention changing estate tax laws, often result in a Will that is out of date.

Using this guide to plan your estate will spare your family the difficulty of having to go through a much more difficult and costly process than would be the case at a time of sorrow and grief.

Do it now, while it’s on your mind. Provide a copy of your completed Will to a trusted member of your family and/or your independent executor. Your family will be blessed as a result. And it just might make feeling your age a bit more meaningful.

Much has already been written and reported about the tragic fire causing severe damage to Notre-Dame de Paris Cathedral earlier this week. My sadness joins that of many in the world.

Historical structures with cornerstones dating back to the early 12th century are priceless. More importantly, notwithstanding differences between Lutherans and Catholics, this cathedral has served as a place of worship for nine centuries. I hope and pray reconstruction will occur.

Today is Maundy Thursday, observed in the Christian Church throughout the world as the anniversary of the institution of the Lord’s Supper. It happened as Jesus shared the Passover meal with his disciples. Biblical accounts are Matt. 26:26-29; Mark 14:22-25; Luke 22:14-23.

On several occasions I’ve written about the Lord’s Supper, aka Holy Communion, the Sacrament of the Altar, the Holy Eucharist, etc. But I don’t recall writing a Perspectives article that tells the story of Communion on the moon. So here we go.

Apollo 11 landed the first two human beings on the moon in July 1969. Those of us old enough to do so remember it well. It also marked the first occasion on which a Christian took the sacrament of Communion on an astronomical body other than Earth.

This event took place in the interval between the lunar module’s landing on the moon on July 20, 1969 and Neil Armstrong’s first steps on the lunar surface several hours later. During that period of time, astronaut Buzz Aldrin privately observed Holy Communion using elements he had brought with him to the moon.

Aldrin was an elder at his Presbyterian Church in Texas during this period in his life. Knowing that he would soon be doing something unprecedented in human history, he felt he should mark the occasion somehow, and he asked his pastor to help him. The pastor consecrated a communion wafer and a small vial of communion wine. And Buzz Aldrin took them with him out of the Earth’s orbit and on to the surface of the moon.

On the silent surface of the moon, nearly 250,000 miles from home, he read a verse from the Gospel of John and quietly took communion. Here is his own account of what happened:

“In the radio blackout, I opened the little plastic packages which contained the bread and the wine. I poured the wine into the chalice our church had given me. In the one-sixth gravity of the moon, the wine slowly curled and gracefully came up the side of the cup. Then I read the Scripture, ‘I am the vine, you are the branches. Whosoever abides in me will bring forth much fruit. Apart from me you can do nothing.’”

“I had intended to read my communion passage back to earth, but at the last minute Mission Control had requested that I not do this. NASA was already embroiled in a legal battle with Madalyn Murray O’Hair, the celebrated opponent of religion, over the Apollo 8 crew reading from Genesis while orbiting the moon at Christmas. I agreed reluctantly.”

“Then I ate the tiny host and swallowed the wine. I gave thanks for the intelligence and spirit that had brought two young pilots to the Sea of Tranquility. It was interesting for me to think: The very first liquid ever poured on the moon, and the very first food eaten there, were the communion elements. Neil [Armstrong] watched respectfully, but made no comment to me at the time. I could think of no better way to acknowledge the enormity of the Apollo 11 experience than by giving thanks to God.”

Not incidentally, another astronaut has done the same. Col. Jeff Williams, longtime faithful member of Gloria Dei Lutheran Church in Houston, communed numerous times during his lengthy stays aboard the International Space Station in 2006, 2009, and 2016, with sacramental elements consecrated at Gloria Dei.

I spoke with Jeff and his former pastor, Rev. John Kieschnick (my second cousin-once removed and very close friend) this week. Both men humbly and thankfully honor this wonderful spiritual and sacramental blessing from our Lord Jesus.

Regardless of where it is received, whether in a centuries old cathedral or on the moon, Holy Communion is a precious gift of God. It’s as close as a human can come to Christ this side of heaven. Receive it with a heart of thanks for God’s love, made real in the human being named Jesus, Savior of the world and Lord of the universe!

Terry and I pray that your observances of Holy Week and Triduum, including Maundy Thursday, Good Friday, and Holy Saturday, will be blessed. And we pray for you and your family a joyous Festival of the Resurrection of our Lord!

As basketball fans know quite well, March Madness ended this past Monday night. In the final game, Virginia won the championship over Texas Tech in overtime. Numerous other games were played in a single elimination format. One loss and the team goes home.

After one of those earlier games, Virginia Tech’s Coach Buzz Williams prayed for the team’s three graduating students in the locker room following a two point loss to Duke in the Sweet 16. His prayer was a blessing and moved many to tears—even those who don’t follow college basketball.

Here are excerpts from an article by Megan Briggs, a writer and editor for ChurchLeaders.com:

Williams prayed for Ty Outlaw, Justin Robinson and Ahmed Hill, players who have been with him for the majority of his five years as coach of Virginia Tech men’s basketball. According to sports commentators, these young men have built Virginia Tech into a respected contender on the national college basketball scene, a fact that is clearly not lost on Williams and is apparent in his prayers.

Williams thanked God for Outlaw’s and Hill’s respective mothers, who he says supported their sons to be able to go to school and play basketball.

“Help them not to go astray. I pray that your spirit would guide the steps that they take.”

It’s clear that character is a big theme in the Virginia Tech basketball program, and that Williams is an awesome coach. Telling the players he loves them, the heart of God the Father was on display that night in the locker room.

Interestingly, just a few days after losing to Duke, Coach Buzz Williams accepted the head basketball coaching position at Texas A&M, my alma mater. Regardless of the success of his team on the court, his godly influence will be a blessing!

As an added bonus, go to this link to get a glimpse of the way Coach Williams teaches his players about life, not just about playing a game: https://www.youtube.com/watch?v=4Qz58jMhDDA

One final note. After a valiant effort in the overtime championship game against Virginia, Texas Tech head coach Chris Beard headed to the locker room, followed by a CBS camera crew. As soon as he joined his team in the locker room, he and the team knelt for prayer. Almost immediately the camera switched from the locker room to the studio. I’m just sayin’ …

Perhaps we’re seeing a trend. Whether or not the Triune God actually cares about collegiate basketball or sports of any kind, it’s always OK to pray! God bless your day!

This past Sunday, March 31, Salem Lutheran Church in Tomball, Tex. observed the retirement of Pastor Doug Dommer and his wife Delo. Doug had served Salem for 38 years in a number of roles in support of two senior pastors, Wayne Graumann and Tim Niekerk.

The celebration was inspirational. It began with an informal hour of sharing by women and men who had known and worked with Doug over the years. Speakers included one of his brothers; a couple young pastors whom Doug had influenced and mentored over the years; a woman staff member who introduced video reflections of Doug’s sermons and gave her own testimony of Doug’s support and encouragement for women using their God-given gifts; and his former senior pastor. Terry and I were invited to honor Doug’s wife Delo, a wonderfully gifted and talented woman.

That informal hour was followed by a service of worship during which Doug preached his farewell sermon, reflecting on his years at Salem and focusing on Philippians 1:3-6: I thank my God every time I remember you. In every prayer for all of you, I always pray with joy, because of your partnership in the gospel from the first day until now, being confident of this, that He who began a good work in you will continue to perfect it until the day of Christ Jesus.

A few memorable points from his sermon are these:

God’s grace always precedes our peace.
Many churches eat their pastors alive. Salem loves their pastors to death.
The work we do is God’s work. He began it. He will perfect it.

One of the most moving parts of the service was the final hymn, A Mighty Fortress. Immediately after the conclusion of the sermon, Doug went straight to the organ bench and played this hymn as I’d never before heard it played. By anyone. With no notes. Majestically. Worshipfully. Powerfully. Inspirationally. A mighty fortress is our God … the Kingdom’s ours forever!

The concluding moments included words of appreciation and affirmation from senior pastor Tim Niekerk, along with presentation of a cash gift. The amount was not disclosed, but the presentation left no doubt that its purpose was for the purchase of a new automobile.

During these two separate activities, appreciation for Doug’s ministry and Delo’s partnership was articulately and emotionally expressed. Yet throughout the morning it was clear that the real appreciation was directed toward our gracious God … Father, Son, Holy Spirit … for the gifts Doug and Delo have received and the way they have used them to be a blessing to the thousands of people they have influenced for Christ during their 38 years at Salem.