It’s pretty hard not to have noticed in recent years, particularly recent months, the depth of division that exists in our country. From vitriolic attacks in social media to public protests on city streets to flag burning incidents outside congressional offices, people are expressing disagreement with one another, with our country, and with its leaders.

It’s not just happening in the political arena. Differences abound in the ecclesiastical realm as well. That’s not new. Disagreements have existed among God’s people since the days of the disciples and apostles.

Shortly after Jesus instituted what we now know as the Lord’s Supper, a dispute arose among his own disciples as to which of them would be considered the greatest (Luke 22:24). After working together as a team Paul and Barnabas separated from each other because they disagreed on whether to include John Mark on a mission journey (Acts 15:36-40).

Fast forward to the 16th century’s embryonic stages of Lutheranism. Disagreements about faith, forgiveness, penance, papacy, and purgatory were prolific and perpetual. Since that time there has been and still is nearly constant contention about what constitutes pure biblical doctrine, particularly regarding practical application of the Christian faith in daily life and church practice.

So today, like many national religious organizations and our nation itself, Lutheran Christians share with one another many quite similar beliefs but some significantly different perspectives on matters of faith and life. Here are examples from two sources, constituents of which are of one mind about many aspects of faith and life but not of one accord on a number of matters:

Notwithstanding such differences, an overwhelming majority of Lutherans agree on major points of Christian doctrine. Yet freedom from disagreement escapes us. Why is that?

Martin Luther put his finger on a significant causative factor when he said to one of his opponents 500 years ago: “You have a different spirit than we.” I believe he was right. More about that next week. Stay tuned. God bless your day! 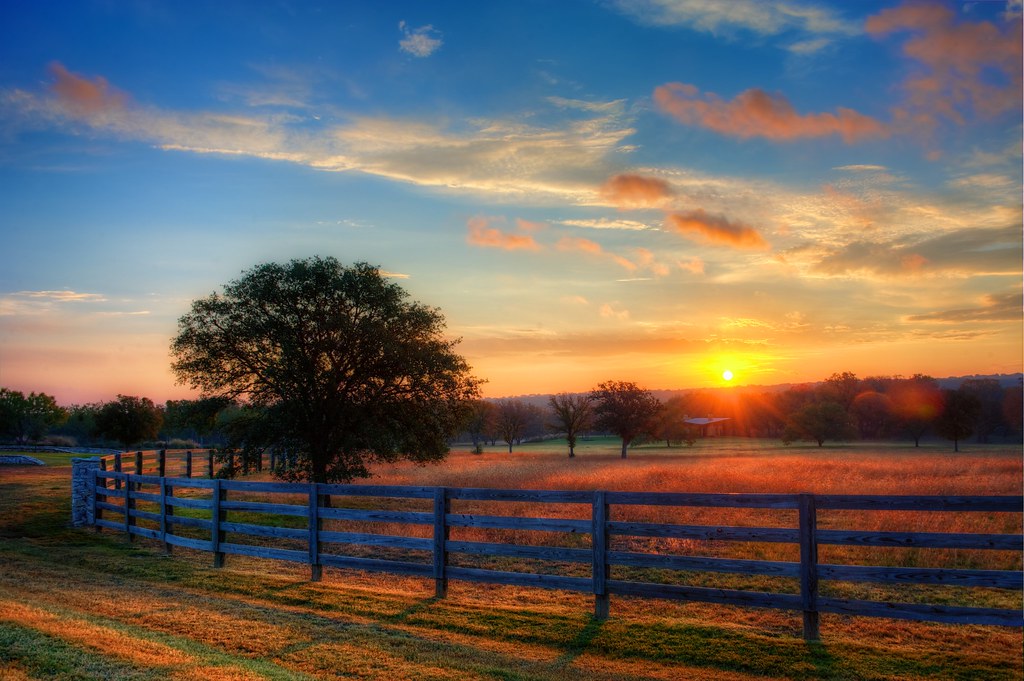 Today’s edition marks the beginning of the tenth year of Perspectives. For the past 468 Thursdays at 5:00 a.m. an article has been posted. Each year I ask myself how long I’ll continue meeting this self-imposed weekly deadline, grinding out an article of interest and value to you, my readers.

Last year I expressed that wonderment and received in the mail a beautiful sport shirt with the stars and stripes of our U.S. flag and an unsigned note encouraging me to keep writing. Thank you to the yet unknown anonymous donor. I’m still writing. At least for now. So stay tuned. Here we go.

For years I’ve seen a lapel button that reads: Kiss me. I’m Wendish! To those of Wendish descent, those words are meaningful. For those who have never heard of Wends, they mean absolutely nothing.

Here’s a portion of a brief introduction to Wendish history, written by Ron Lammert and published January 1, 2010 (http://texaswendish.org/): “Who Are the Wends?”

In December of 1854, an English sailing vessel, the Ben Nevis, docked in Galveston harbor loaded with some 500 immigrants from Lusatia, an area in Germany comprising parts of Saxony and Prussia. These immigrants were not the typical lot of Germans, Swedes, Czechs, and Poles who flocked to Texas in the 1850’s seeking cheap land and economic opportunity. This group was different.

It brought a strange new language to the frontier state — the Wendish language. And even more striking, these Slavic pioneers who were to settle in Lee County made the journey from their homeland, not in search of prosperity, but rather in search of religious liberty and the right to speak their Wendish tongue.

The Wends were descended from a group of Slavic tribes that had developed a common language, and, in the tenth century, occupied much of central Europe. By the 19th century, the Wends had been decimated by conquest and assimilation with other cultures until only a small area along the River Spree was inhabited by true Wends.

The Wendish migration to Texas was impelled, in part, by the Prussian insistence that the Wends  speak and use the German language, even to the extent of Germanizing their names. The oppression of the Wendish minority extended to working conditions, with Wends being denied the right to do the skilled labor for which they were trained.

But most intolerable was the requirement that the Lutheran Wends join the Evangelical Reform[ed] churches in one state-regulated Protestant body. The Wends believed this action would dilute their pure Lutheran faith and, rather than accept this decree, they made plans to immigrate to the New World.

Since those days nearly 164 years ago, Lutheran Christians, including Wends, Germans, and people of other nationalities, have strived to maintain religious freedom and pure biblical doctrine while also endeavoring to proclaim the Christian faith to all who would listen. More about that next week.

Much has been written, especially during last year’s observance of the 500th anniversary of the Reformation, about the impact of Martin Luther on the church that bears his name. Last year another important publication made a significant contribution to that body of information.

The book is titled Five Centuries: the Wends and the Reformation. Its 99 pages are beautifully illustrated and very nicely bound. It was published by Concordia University Press in Austin and The Wendish Press in Serbin, Texas. This first Wendish coffee table book, the winner of the Concordia Historical Institute Honorable Mention Award, is available for $26 from the Texas Wendish Heritage Society Museum Bookstore, 1011 County Road 212, Giddings, Texas 78942-5940.

Take a look. I think you’ll like it. And you’ll have the added benefit of a glimpse into the faith of the people of my family’s ancestry. Kiss me. I’m Wendish!

Those words especially came to mind late last week and early this week as news reports focused on 12 teen-aged soccer team members and their young adult coach. All of them were trapped in a flooded cave in northern Thailand near the border with Myanmar.

Eight of the boys were rescued by a team of Thai and international divers on Sunday and Monday. The remaining four boys and their 25-year-old coach were brought out safely Tuesday.

News reports properly focused on the 13 captives, along with the sophisticated, valiant, and dangerous efforts required to rescue them. That task was accomplished safely and successfully. Sadly, however, one rescuer, an experienced volunteer diver, died in the process.

One report (http://time.com/5334374/boys-rescued-thailand-cave/) said: The plight of the boys and their coach has captivated Thailand and much of the world — from the heart-sinking news that they were missing to the first flickering video of the huddle of anxious yet smiling boys when they were found 10 days later by a pair of British divers. They were trapped in the Tham Luan Nang Non cave on June 23, when they were exploring it after a soccer practice and it became flooded by monsoon rains.

Each of the boys, ages 11 to 16 and with no diving experience, was guided out by a pair of divers in three days of intricate and high-stakes operations. The route, in some places just a crawl space, had oxygen canisters positioned at regular intervals to refresh each team’s air supply.

One Thai man who helped provide food and necessities to rescue workers and journalists, said a “miracle” had happened.  “It’s hope and faith that has brought us this success.” Because the vast majority of people in Thailand are practitioners of Theravada Buddhism, the country’s official religion, it’s certainly possible and perhaps probable that people in Thailand are thanking Buddha for this rescue. You and I would direct our thanksgiving to the triune God, Father, Son, and Holy Spirit.

Be that as it may, can you imagine the anguish and fear the parents of these boys experienced during their sons’ 18 days of captivity? During that time my father’s words must have been accurately descriptive of the emotions of these parents.

For 18 days these boys were nowhere near their parents’ laps but assuredly and absolutely were on their hearts. God be praised for the safe reunion of these parents and their sons!

Before getting into today’s topic I simply must take this opportunity to extend special greetings to Terry’s and my favorite (and only) grandson, Kolby Ryan Keith. This handsome, intelligent, hard-working young man is 24 years of age today. Happy Birthday, dear Kolby! Mimi and I love you more than you’ll ever know. We thank God for bringing you into our lives.

In today’s article I bring to your attention a number of significant ministries and resources:

These ministries and resources are brought to your attention as a public service. I am personally connected to and supportive of each and hope you find them interesting and helpful. Your support and involvement are encouraged, as the Lord leads, guides, and directs.