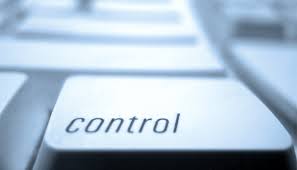 Some time ago I heard about a book with that title, written by Jason Brooks. In my earlier life of yesteryear, I’m quite sure my now 99 year old mother must have told me never to call anyone a freak. So although I don’t like using that term, I must say that I agree with a bunch of things Mr. Brooks says about leaders who hold a vastly different perspective on leadership than do I.

Like Mr. Brooks, I’m fascinated by leadership, not necessarily from the academic perspective but more about the dynamics of how certain people attain leadership status and what they do with the privilege. There are lots of people in leadership who aren’t necessarily interested in leading. They’re more interested in control. Here are some things Brooks says about that:

“Some leaders are more concerned with fulfilling their vision than anything else. Everyone and everything under their leadership is a means to an end. Many leaders actually seem like nice people, the kind of folks you would want to serve under or with. So rule number one of bad leaders (or controllers) is simply: Play nice!”

“Playing nice is treating people one way in public and another way in private. It’s saying all the right things, but never doing any of the right things. You can call this behavior anything you want—deception, manipulation, abuse—but it comes down to the leader maintaining control over the people and environment he or she is called, elected or chosen to lead.”

That’s rule number two of bad leaders: Always maintain control! Such a leader may be a micromanager who’s constantly telling employees or followers what to do and how to get it done. But, says Brooks, “true controllers avoid the obvious (remember, rule #1 is play nice) so they freely give away control to anyone who wants it.

“People are welcome to step up and try new ideas, or take over existing projects that need a fresh spark of energy. But when the workers need new resources, or want to take their projects in a fresh direction, the controller flexes his or her might via one of his or her strongest weapons—the denial: “That’s a good idea, but we don’t have the money.” “Nice suggestion, but that doesn’t really line up with our core values.” “I like this, I really do, but I’m not so sure that it will get the wider support a project like this really needs.”

Notice the “but” in each statement. Everything before “but” is negated by everything after “but.” The controller uses those phrases to subtly remind the subordinate who actually has power. The unspoken statement is the one the controller wants heard: “I could fight for this. I could push for this, but I choose not to.”

Brooks says: “It’s all about the he said/she said. Let’s be honest—most employees don’t think to document every little conversation or exchange with their leaders. They operate on the assumption that trust is part of a healthy environment (and it is).”

“This trust is exploited by controllers. They don’t bother having anyone take minutes in a meeting, or document decisions made, because that creates an atmosphere where people have to trust one another for accountability. It also plays into the power dynamics of most offices: When in doubt, the higher authority wins.”

“Being a controller is not healthy. It damages people, kills momentum and vision, and ruins everything else a good organization strives to achieve. Healthy leaders are out there, and sometimes the only way to know them is to know what unhealthy leaders look like.”