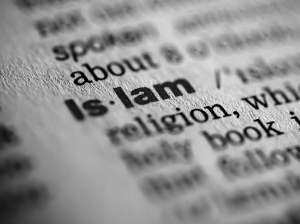 It’s apparent from the numerous responses I received after last week’s initial article on Islam’s Future in America that there is great interest in this topic. Many Americans have Muslim neighbors and their number will assuredly increase. It behooves us to inform ourselves as much as possible about Islamic values, ideals, attributes, and objectives, along with the challenges and opportunities Muslims bring to American life and Christianity.

Next week I’ll continue with excerpts from the article by Dr. Adam Francisco, cited in last week’s Perspectives. Before doing so, I thought it would be helpful to present here a brief summary of Islam per se. Greater detail can easily be found on the Internet.

The simple, concise summary below is provided by Patheos – Hosting the Conversation on Faith (http://www.patheos.com/Library/Islam). In this summary, CE stands for Common Era or Current Era or Christian Era. The abbreviation CE is an alternative naming of Anno Domini (AD – The Year of Our Lord). In addition, BCE is the abbreviation for Before the Common or Current or Christian Era, an alternative to BC (Before Christ). Frankly, I prefer BC and AD.

Here’s the summary of Islam from Patheos: “Islam is a monotheistic religious tradition that developed in the Middle East in the 7th century C.E. Islam, which literally means “surrender” or “submission,” was founded on the teachings of the Prophet Muhammad as an expression of surrender to the will of Allah, [who Muslims believe is] the creator and sustainer of the world.

“The Quran, the sacred text of Islam, contains the teachings of the Prophet that were revealed to him from Allah. Essential to Islam is the belief that Allah is the one and true God with no partner or equal. Islam has several branches and much variety within those branches. The two divisions within the tradition are the Sunni and Shi’a, each of which claims different means of maintaining religious authority.

“One of the unifying characteristics of Islam is the Five Pillars, the fundamental practices of Islam. These five practices include a ritual profession of faith, ritual prayer, the zakat (charity), fasting, and the hajj (a pilgrimage to Mecca). Many Muslims are characterized by their commitment to praying to Allah five times a day. One of the defining characteristics of Islam is the primacy of sacred places including Mecca, Medina, and Jerusalem. Muslims gather at mosques to worship Allah, pray, and study scripture.

“There is not a sharp distinction between the religious and secular aspects of life in Islam; all aspects of a Muslim’s life are to be oriented to serving Allah. Islam expanded almost immediately beyond its birthplace in the Arabian Peninsula, and now has significant influence in Africa, throughout Asia, Europe, and the Americas.” Here ends the Patheos summary of Islam.

Stay tuned for next week’s continuation of Islam’s Future in America. God bless you!